What Does Your Chinese Zodiac Sign Say About You?

If you are born some time in the early January or in the new year just before the start of the Chinese New Year in February, you might want to read about the personality traits associated with the previous year’s Zodiac to see if it more likely fits you. 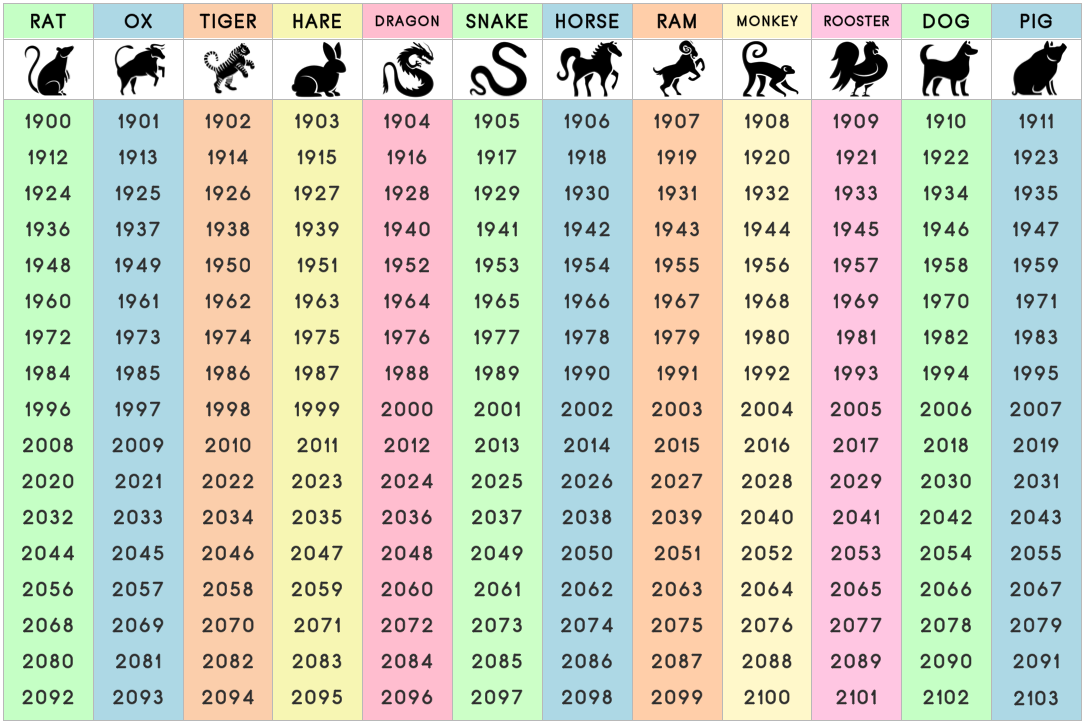 Below are the 12 Chinese Zodiac Signs and their personality traits and/or meanings:

Year of the Rat

Individuals born in the Year of the Rat are charming and generally companionably and at ease in social situations. As a matter of fact, they are notably popular individuals and exude prowess in business; though, they are also known to be critical and quick-tempered. Rats have an exceptional grasp of information and ideas and additionally have vivid imaginations and unique intellectual abilities. Thus, they often see a lot of opportunities that others may miss. They are opportunists but may take on way too many commitments to fault. Nonetheless, they highly value relationships, and they are very generous and passionate in love as they are in businesses.

Year of the Ox

Ox people are very much a representation of the expression ‘strong as an ox’ because of their uncanny ability to face and manage most types of circumstances. They deal with their responsibilities methodically and earn much respect for their confidence and great capabilities. On the negative side, they are sometimes prone to being chauvinists and are very demanding people, determined to defend their own interests to the extremes. Their admirable sense of duty to sometimes result to a less passionate or exciting personal life although very much stable. Nonetheless, ox people are classified as consistently faithful to their families and partners.

Year of the Tiger

People born in the Year of the Tiger are deep sensitive and in-tune with their emotions, thus making them awesome lovers or partners. They seek balance between their domineering and strongly competitive nature and their immense need for love, which both drive them towards seeking independence from love; hence, they both bring passion and open candor into any relationship while also expecting the same in return. They have amazing confidence, though they can be quite shaken or depressed by criticisms at times. They can also be inherently restless. Tigers are best know for their ability to bounce back from negative occurrences, and they are dignified and courageous in facing any challenges, making them great leaders.

Year of the Rabbit/ Hare

Rabbit people are generally well-liked because they are affectionate, pleasant, and polite-mannered. They feel more comfortable staying out of disputes, controversies, or mini-quarrels. They very much love enjoyable pursuits that, although unintentional, they tend to forget about their loved ones’ needs without them realizing it. They become so distracted with fun. Despite their inclination toward good times, they are also quiet and conservative as well as intellectual. Some people may regard their overly sentimental traits as shallow but they can be very loving. They often seek security in all their relationships.

Year of the Dragon

People born in the Year of the Dragon possess an almost charismatic aura and they are always brimming with energy. They are very talented in their pursuits because they are highly intelligent. Occasionally, they may seem loud and boisterous and they often follow their own course, not believing that rules should hold them. Their perfectionism makes them appear very demanding of others, just as they are to themselves. Nonetheless, dragons are generally inclined towards success and they enjoy challenging situations that give them the opportunity to use their innate talents and energies. Although committed relationships are not very important to them, kindred spirits sharing their life’s adventures are most valuable to them.

Year of the Snake

Snake people are profound thinkers. They possess great wisdom and are often willing to work imperceptibly so as to achieve their goals discreetly without anyone realizing it. They also have a very charming and romantic side to them and they seek elegance in their relationships as well. They are prone to jealousy though. They also tend to be secretive and are most of the time seen as loners. Thus, they are less popular compared to their peers socially-speaking. Nonetheless, this may be ideal to the Snake as snakes often appreciate and prefer solitude.

Year of the Horse

The popular expression ‘works like a horse’ hold true to Horse people because they exert great efforts in their line of work. They will readily commit to success and hard work unless they perceive the job as beneath them. Horses may be challenged by their own emotions because they are prone to explode in their tempers and become impulsive especially in love. They are also not regarded as good team players since they prefer independent work. Their independence may lend themselves characteristic of Egotism but their strong intellect and excellent verbal skills aid them in social situations. They can be quite popular.

Year of the Ram

Ram people are often likable and charming, and socially gracious although quite reserved. They are also kind, sensitive, and sympathetic individuals. Ram persons especially love art, nature, and culture, and they are also often have an artistic or creative nature. On the negative side, they are inclined feel discomfort physically and will often complain about it, plus, they are also prone to pessimism. The Ram often find themselves on the opposite ends of being assertively self-confident and being prone to timidity, but in relationships, as long as there is security, they feel most fulfilled.

Year of the Monkey

People who are born in the Year of the Monkey have intelligent and energetic natures, and they possess magnetic personalities that draw in crowds. Monkeys generally appear to have very appealing personalities and somewhat an eccentric side to them while also possessing the likely gift of chatter. They are quick-witted and have an easy talent for turning every situation into a humorous one. On the down side, some people see this as suspect, hence the Monkey personality is seen as untrustworthy because of their typical brunt practical jokes. Monkeys also are high-energy and tend to be restless, and may find it difficult to choose careers. Nonetheless, they tend to succeed in environments that thrive on change including dynamic relationships.

Year of the Rooster

The Rooster sign is known for having a great sense of industry and diligence when it comes to work, and they also have a natural ease in expressing their opinions. They see their opinions, and their right to share it, as strongly important even to the extent that they have difficulties sharing their spotlight. They often display an attention-grabbing garb and style, and are generally successful at gaining attention they so eagerly love. Despite their sometimes frustrating meticulous standards, they have many friends and they can be very loyal and genuine in their relationships. They also tend to achieve great success in their chosen careers because of their high standards.

Year of the Dog

Dog people are noteworthy for their loyalty and honesty in any relationship. They also focus their interest in a specialty subject, giving their whole heart and soul into it, be it a hobby or a career. They stick strongly to their principles of fairness and justice, and they also have great creative problem-solving skills. Dog individuals are challenged most by their need to criticize and their innate nature of having “sharp tongues.” As friends and lovers, they can be very trustworthy, but with special someone’s, they can be quite unforgiving because they tend to hold grudges till they feel they have been appeased. They have a profound need for a good, long-lasting relationship, making them loyal for life especially when feel they have found their perfect mate.

Year of the Pig

People born in the Year of the Pig make wonderful companions for they are tolerant, kind, sincere, and intellectually strong, which helps them perform well in rich conversations. They also use their intellect to go after challenging goals and ultimately achieve them. They strongly hold social harmony as highly important to, lending them well in overlooking people’s faults and seeing only the best in people. Pigs are noted, too, for their sense of humor and wit, but their greatest vulnerability lies in their seeming naiveté in expecting the same good traits in others. Their inclination to feel rage when people do not afford them the same kindness they are giving is one of their greatness weaknesses. Pigs are also inclined to physical/material indulgences, but they deeply cherish family or home life.

Share29K
Pin112
Tweet
29K Shares
‹ What Kind of Element Are You? Fire, Water, Earth or Air? › 12 Signs You May Actually Be Psychic