It is estimated that at least over one half of cancer can be avoided!

It is true that there are statistics that are now making the claim that one out of every two men have the chance of getting cancer. It is also true that there is a one in three percent chance for every woman to also get cancer. This is a disease that can be largely avoided. According to research, your chances of getting cancer can now be reduced by at least one half by making changes in your diet. 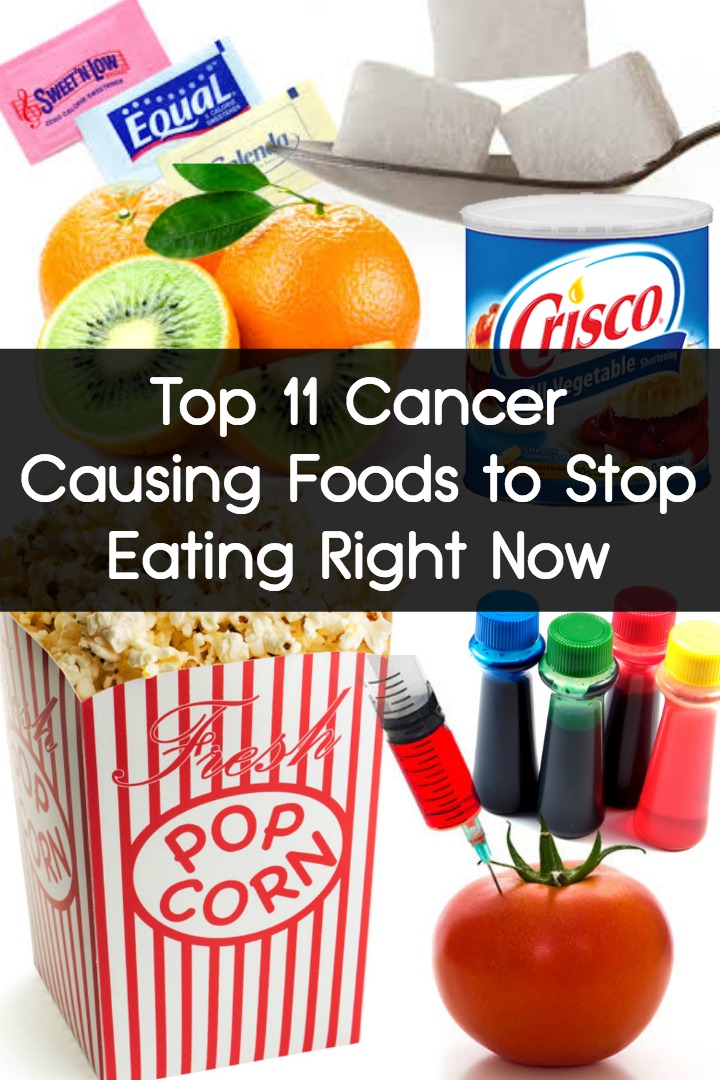 These are genetically modified organisms. These food items have been transformed to withstand large doses of a pesticide. This pesticide is called glyphosate and is a known carcinogen and immune system disrupter.

We don’t know the full extent of just how dangerous GMOs and glyphosate are, but we do know that preliminary findings are demonstrating that they are extremely toxic and disruptive.

Sugar as listed here includes high fructose corn syrup and refined table sugar as well as any other sweeteners including agave nectar. Sugar has been known to grow and increase cancers. Cancer finds sugar to be a great fuel source.

It is a good idea to avoid any farmed version of fish including salmon. These types of fish products may be filled with contaminants that cause cancer including PCBs, pesticides, flame retardants and even antibiotics.

You can expect to find more than kernels in microwave popcorn. There is PFOA (perfluorooctanoic acid). This has been known to cause cancer in living tissue. Likewise, the corn is mostly GMO.

Many of these artificial sweeteners have been known to cause countless serious health problems. This includes cancer.

Many of the cans on the market today are lined with BPA. This is an item that has been known to change brain cells. Studies have shown this to be true in rats.

8. Meat that is Processed

Hot dogs, lunch meat, and some sausages and bacons are included in this category. These types of meats have been known too raise your risk of pancreatic cancer by approximately 67 percent.

Many of these vibrant colored food products look very appealing but the dye has chemicals that prove to be harmful.

These types of oils contain trans fats which contribute to a host of health issues including cancers.

Many packaged foods contain harmful chemicals which are added to preserve the foods and as flavor-enhancers as well. They often contain artificial colors, sweeteners, and flavors that are deleterious to health.

You may wonder if it is possible to avoid these to 12 food items and feel healthier along with reducing your chances of getting cancer. It is more than possible to omit these food items from your diet and enjoy a health and full life.