What Does Your Hair Color Say About You?

Do blondes really have more fun? Are redheads all born with an explosive temper? We often hear of some of the traits associated with people of various hair colors, and may tend to form our opinions and judgments of all members of a certain hair color based on these impressions.

Let us explore what is commonly thought about the naturally occurring hair color of individuals, and see if fact correlates with these impressions. Then we can discuss what a chosen hair color may signify as well. 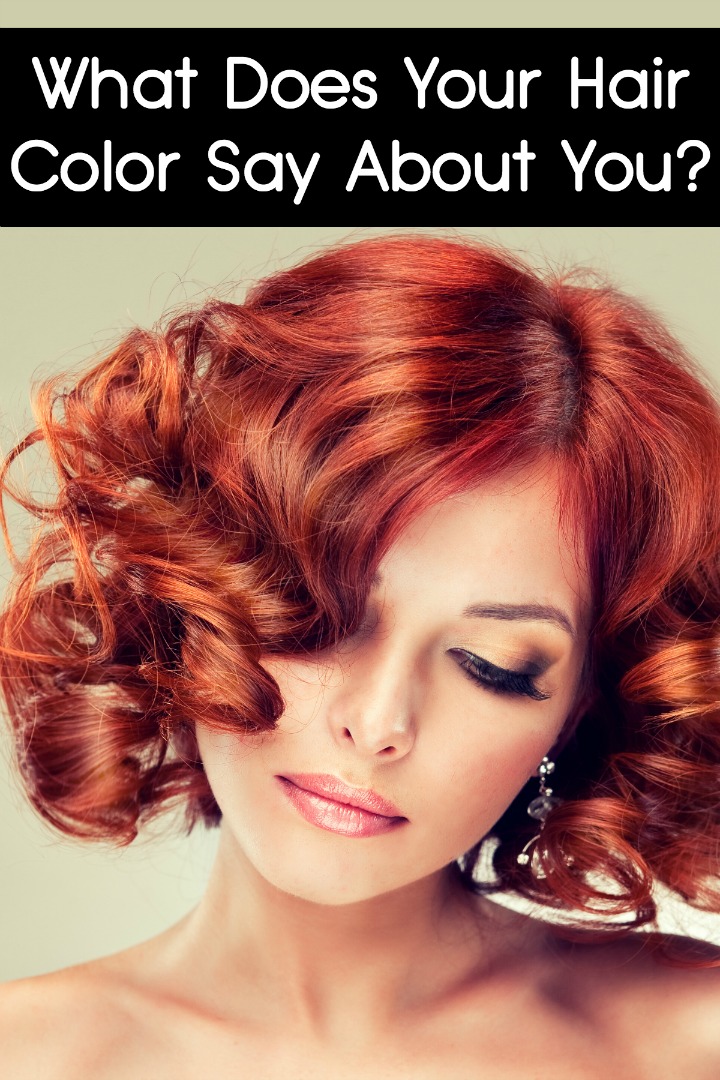 The view of society toward red hair is varied throughout the world. In Europe red hair is highly valued and respected and tends to bring a certain status to those with it. Yet in the UK where, along with Scotland, about 10% of the population is redheaded, it is sometimes even ridiculed and looked down upon with slurs like ‘Ginger.’

And in Germany, it is even more poorly regarded and has been said that red hair is the work of the devil and those who have it are involved in witchcraft or are simply demonic. Even areas like Pakistan are known to have a small population of redheads.

The way red hair has come about is through a mutation of a gene in chromosome number 16. From a medical standpoint, red heads produce a reduced quantity of anti-stress hormone, and as a result their reputation as hotheads or excitable may have some basis in fact. Red heads are also regarded as passionate, romantic and mysterious.

While natural blonds are not very rare in North America and much of Europe, it is a rare phenomenon globally. One little known fact is that 5-10% of the indigenous population of the Solomon Islands in the South Pacific are blonde despite their very dark skin. This has been attributed to a high fish diet as well as prolific and intense sunlight, as well as a single gene seen only in blondes.

The studies we have seen do not substantiate and of the ‘dumb blond’ theories that have influenced our thinking. Blondes  are generally admired and sought after for their spirit of fun. However  one interesting fact is that blondes are more challenged in longer relationships than the other hair shades, with higher divorce rate, and are sometimes regarded as ‘High Maintenance.” True?

This is most prevalent in European, African and Asian populations, and throughout Europe is regarded as desirable. There seems to be a greater degree of success in work and relationships among the brunette seat, as they are seen as attractive, trustworthy, intelligent, hardworking and approachable.

Most Nobel Prize Laureates are brunettes, for those who want further validation of their professional impact. Brunettes are known for their hard work and determined spirit, but are also known to occasionally give up on a goal unexpectedly.

The one medical or physical concern for brunettes is their increased likelihood of balding and hair loss compared to the other shades.

Classically if gentlemen prefer blondes, the women seem to look to the opposite end of the color spectrum. Men with black hair are of great appeal to women. Those with black hair tend to be seen as deeply introspective, meditative, with an inclination to some melancholia. Medically, the darker one’s hair the greater one’s likelihood of developing non-Hodgkin’s Lymphoma, as a result of the DNA coding that is responsible for the disease.

People with black hair color tend to be known for their interest in poetry, religion or spiritual matters, and may become consumed in self-doubt. They may be viewed as self-centered, but also can be quite successful in certain helping careers, such as a Psychiatrist or therapist.

If your own hair is any blend of the naturally occurring shades described above then please glean from the characteristics of each and you can see if the description of a blended personality fits you. But of course we must all bear in mind that genes we have been given seem to have their huge influence upon the personhood of each of us as does, environment and circumstances which cannot be measured.

What if you choose to dye your hair?

Very little has been documented about what personality trait is reflected in the dying regardless of color.

Those who choose to dye their hair an extreme shade such as Emerald Green, Royal Blue, Purple, Pink or Red, usually have an explanation as to why. For some it was to cheer themselves after a tragic or difficult time. Other’s expressed a boredom and a need to see a change. There were some statements about wanting to see if it was well- received in social situations.

As for those who dye their hair to restore a color they had at an earlier age, one can go back to the above paragraphs to assess, what it would say about you. If you are a brunette simply wanting to see if blondes do have more fun, you will no doubt be getting a response from others who will unconsciously apply their preconceptions about you as a blonde. Of course your DNA won’t be altered; you will continue to be you. It is likely, in the end that it is what you feel link on the inside that will come through with those who know you best.

When hair turns white or gray it simply means it has lost its pigment. This happens as a result of aging. Your hair color still remains the same as it was but it just isn’t produced because the pigment is lost.