There is no doubt that fast food delivers on one promise; it does give you a quick way to squash your cravings. Yet, that handy little paper bag may be delivering far more than you bargained for with your meal.

While everyone is well aware that most fast food meals are incredibly bad for you, it is still not enough to stop McDonalds from selling a whopping 75 hamburgers every second. If that fact has you reeling, then get ready to discover 10 more incredibly disturbing fast food facts that will have you rethinking your next meal. 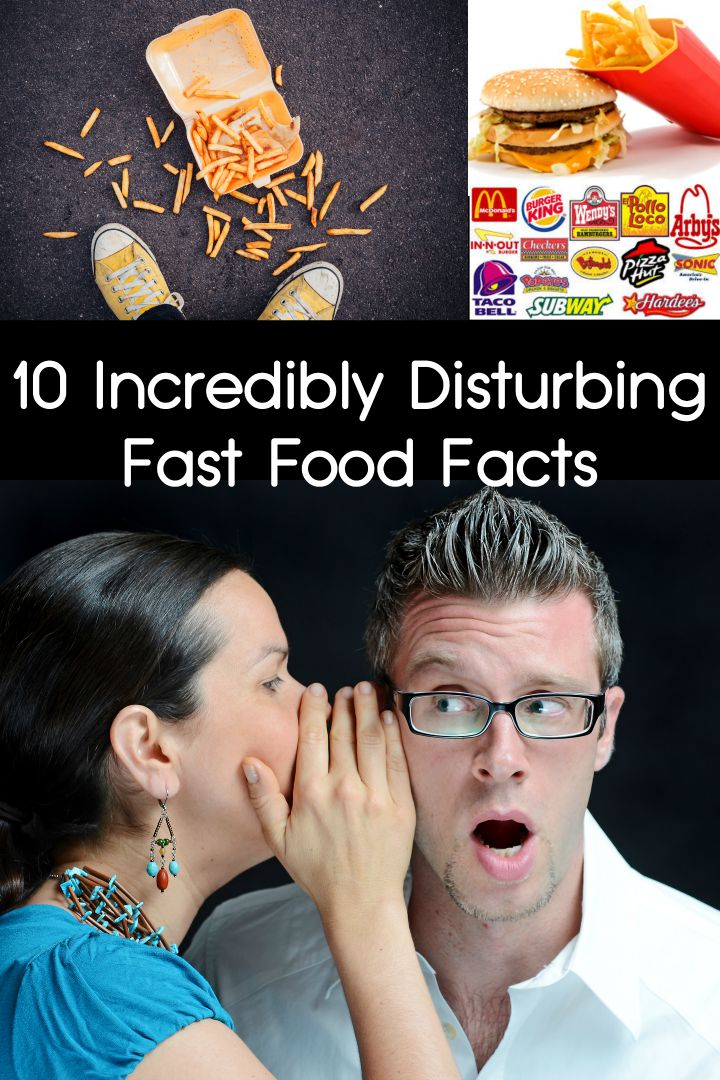 Today’s fast food stores entice customers with giant-sized drinks that are filled with empty calories and sugar, but that is not the worst thing your Styrofoam cup may be holding.

Every year, inspections of popular restaurants reveal that fecal bacteria is found on thousands of drink dispensers. With discoveries like that, all the hand washing in the world won’t save you from getting sick.

Out of all the food you can buy at a fast food chain, eggs are probably at the bottom of your list of suspicious products. After all, who doesn’t love a warm breakfast sandwich in the morning?

Yet, the majority of restaurants use an egg substitute called Premium Egg Blend. The name seems harmless enough, but this blend uses glycerin to simulate an egg’s natural texture. Yep, that is the same substance used as a solvent in soaps and shaving cream, which is hardly appetizing.

Fast food restaurants are famous for their delicious sauces that can add flavor to the blandest ingredients. In fact, many stores are so proud of their sauce that you can buy it specifically for use at home. If you love your burger slathered in that special sauce, then you should know that it might contain more than a few secret ingredients.

According to the U.S. Food and Drug Administration, it is totally fine for 30 or more fly eggs to be found in 100 grams of any tomato-based sauce. If fly eggs don’t bother you, then how about maggots? One or more maggots are also allowed to pass in the same amount of sauce.

Silicon dioxide is a product that manufacturers use in shredded cheese and spices to prevent clumping. While it does help to keep spice shakers flowing, you probably should know that silicon dioxide is just a fancy word for sand. If you regularly eat spicy foods such as hot wings, nachos or chili, then it is more than likely that you got a mouthful of dirt with your order.

Chicken nuggets are a staple of kid’s meals that can take any adult right back to their childhood. While these nuggets are perfect for popping in your mouth on the road, it is important to know that they may contain far more of a chicken than you want to eat. Little bits of fat, bone, nerves and other cast-off tissues are compressed together with only a fraction of actual meat to create those bite-sized nuggets.

Mystery meat is not just reserved for school cafeterias. The majority of hamburgers sold in fast food restaurants are produced using the lesser grades of meat left over after the choice parts are removed. These gristly little bits are ground down and mixed with the other pieces from more than a hundred cows. This not only means that there is more cow in your burger, but it can also make it near impossible to trace the beginning of a food-related illness outbreak.

Fried apple pies and other delectable desserts are often to tempting to pass up in the drive through. Yet, many food manufacturers use an ingredient called L-Cysteine to keep the fruity concoctions moving easily throughout their machines. Once again, a seemingly innocuous ingredient is quite unsavory. This chemical is extracted from disturbing places such as duck feathers, human hair and hog bristles.

Recommended: Why We Get Fat: And What To Do About It

In an effort to jump on the healthy diet trend, fast food restaurants have begun to display images of fresh, green leafy salads designed to bring in a new type of customer. Not only do many of these salads contain vegetables slathered in pesticides, but they also can contain more calories than a supersized meal. In fact Jack in the Box’s Chicken Club Salad packs an insane 793 calories. And this is only the tip of the iceberg so to speak.

The secret to longevity may still be elusive to the human race, but that fact does not apply to burgers and fries. David Whipple, a chiropractor, has kept a hamburger on display for over 14 years, and it has barely changed in appearance. French fries have also been known to avoid decomposition for far longer than one should be comfortable.

Unfortunately, the eerie immortality of fast food does not transfer to humans. According to U.S. Centers for Disease Control more than one-third of Americans are obese, which places them at risk for serious health conditions such as heart disease and cancer. Now that’s a fact alone that should be disturbing enough to have you skip the drive through.

Share977
Pin4
Tweet
981 Shares
‹ Do You Sleep Naked? Here’s Why You Probably Should… › 9 Tips You Need To Know for Keeping Your Breasts Healthy