Do You Sleep Naked? Here’s Why You Probably Should…

Most people will wear pajamas or some other type of sleeping clothes when they go to bed. Are you one of them? Or are you one of the minority of people who have a good night sleep without wearing anything? It is estimated that approximately eight percent of Americans sleep wearing nothing but a grin. Studies have shown that sleeping naked comes with a number of health benefits.

Do you sleep naked? If not, here’s why you probably should…

A study from Australia on the subject of sleeping naked showed that when a person’s core body temperature is lower, it helps initiate normal sleep. A body will release heat from its core. Individuals wearing socks or pajamas have a higher rate of insomnia. Researchers believe this is because their bodies can’t release the necessary heat. When a person’s body can easily release heat from its core, they can fall asleep more easily. 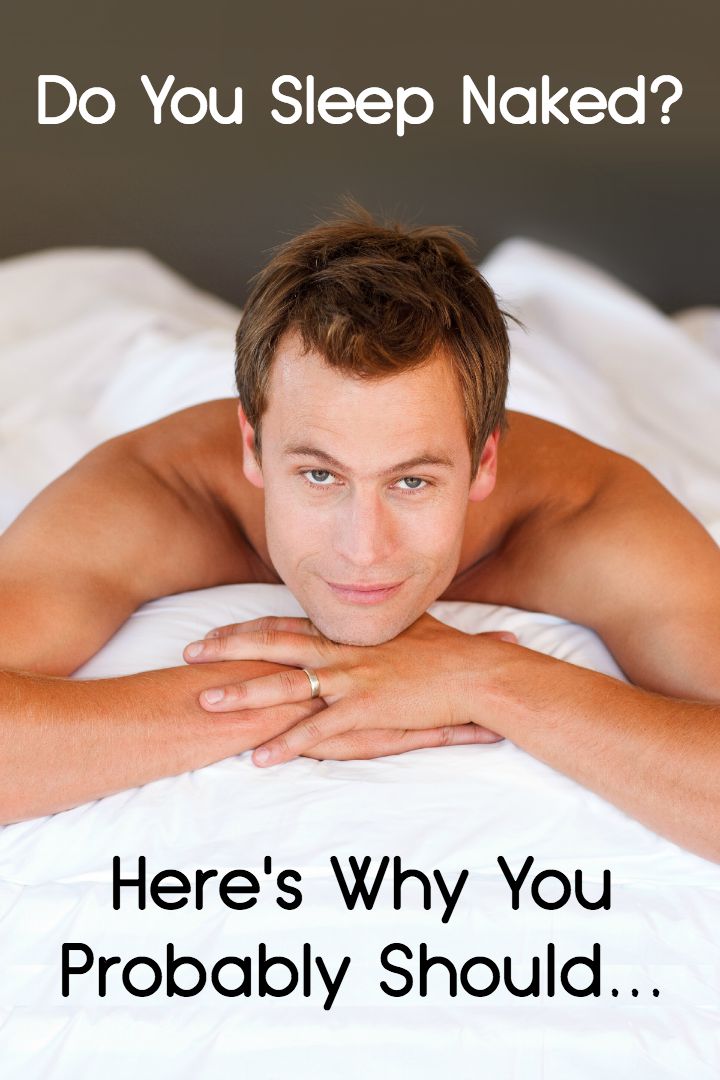 When a person sleeps, the level of the stress hormone cortisol decreases. It reaches the lowest level when a person is resting and sleeping. When a person wakes up and has not had a good nights sleep, their cortisol levels will be high.

This can cause their appetite for comfort foods to increase. A regular high cortisol level can lead to daily overeating. Lower cortisol levels occur when people have a good night’s sleep.

A medical journal called “Sleep” published a study on the subject of sleeping naked. It concluded that while sleeping, a person’s body will release melatonin and growth hormones.

When people experience a good night’s sleep, they wake up feeling refreshed and energized. Their bodies better the control cortisol levels, and this enables a person’s metabolism to function properly. This will lead to effective weight loss. A person will naturally not feel hungry. This will increase their chance of experiencing weight loss.

There are many benefits to airing out all of the body’s skin. The important areas are the armpits, feet, and genitals. This airing out process has been linked to lowering a person’s chances of experiencing skin disease. This could be such things athlete’s foot and intertrigo. When a person’s body has wet and restricted skin, intertrigo can develop.

There was a study published in Diabetes magazine; it concluded that sleeping in cooler temperatures improves a person’s metabolism and results in lower blood sugar levels.

This has proven to be an effective way for a person to avoid developing type 2 diabetes. Researchers discovered that when study participants were cool from sleeping without clothes, their unhealthy body fat also began to disappear. Within a few weeks of sleeping naked, the health of study participants was improving.

Too many times people will wear clothing that is much too tight for them. They put on form fitting jeans, tight t-shirts as well as tight socks and more. This results in people experiencing a decrease in their body’s blood circulation. When a person sleeps naked, their blood flow increases. The circulation of oxygen-rich blood to their muscles, heart, arteries and other extremities increases. This has increases a person’s overall health and performance during the day.

When people get ready for bed, they often have to take the extra step of putting on their nighttime attire. This means they must remove it in the morning and remember where is was placed. This step can be eliminated when a person sleeps naked. There is no need to look for sleeping attire or remember where it was put when changing for the day.