9 Signs of a Hidden Narcissist

Identifying a narcissist in your life is not always easy. While some narcissists behave in the boastful, excessive manner one would suspect, oftentimes many do not. The problem is that much of the time narcissists are not easy to spot until it is too late and you have become deeply immersed in a relationship with them.

Typically a narcissist will initially come across as endearing. They may even have an alluring or attractive nature about them. At first, they can be charming and really fun to be with, but the truth is a narcissist eventually turns out to be among those types of people that are the most difficult to be around — most especially for those looking for a partner or relationship.

Knowing a narcissist often feels like interacting with a Jekyll and Hyde type character. Dealing with a narcissist can be incredibly draining sucking up exorbitant amounts of energy leaving you feeling zapped.

There are many variations amongst narcissists. It is not a one-size-fits-all description. The nuances can be dramatic and they can be subtle as well. Some narcissists are boastful, others are not. Some come across as rude and others can be come across as very kind. This article is about the hidden traits of narcissism that mostly go unnoticed until it is too late.

Here are 9 signs of a hidden narcissist: 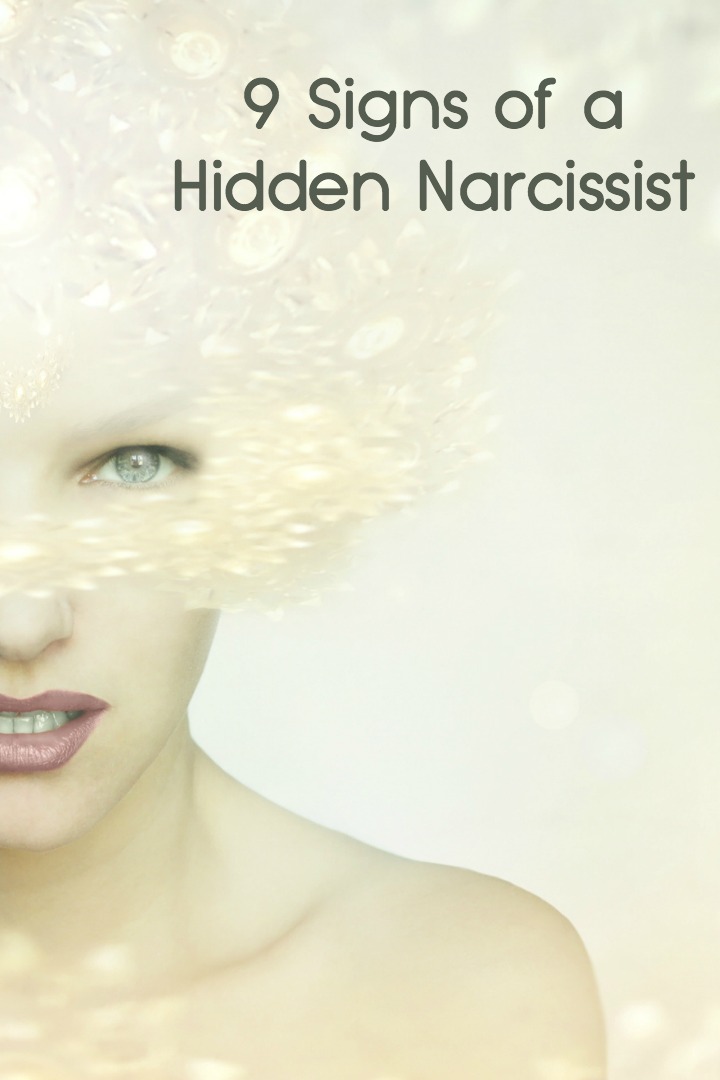 1. They have very low self-esteem.

Even though it might seem contrary, what lies at the heart of narcissism is low self-esteem and poor self-image. This is what drives their personality and behaviors.

They may, however, act confident and self-assured as compensation. They may also act like a victim or point out how others are better than them as a means to attract attention. Likewise, they will usually not even realize they have low self-esteem and would never readily admit or even acknowledge such.

2. They can be charming and charismatic.

Clinical psychologist and author of the book Rethinking Narcissism, Craig Malkin, explains that narcissists rely on feeling special. Therefore, they put forth a charming and charismatic personality in the hopes that you will like them.

You will typically find that many narcissists come across as interesting, endearing and even captivating.

Narcissists take time to look their best. The are usually impeccably groomed, well-dressed, and well put together. They care about how they look to the world and their motivation lies in wanting others to think highly of them.

Likewise, narcissists care greatly about the appearance of those they are with. They make sure that those around them, for example, their partner or their children, also look great, especially in public. This is all done because the narcissist cares about the impression they give. While that may sound like a healthy reason, it is superficially driven in the narcissist.

4. They put you on a pedestal, but then they are are critical of you.

You may initially find that a narcissist will be extremely complimentary of you. Take note that this isn’t really about you. Rather, it is about the narcissist and how it makes them feel to be with you. It is also about the appearance that is given for them to associate with you.

Because narcissists often have unrealistic expectations of people, especially those they are very close with, they will often end up being overly critical of you as your relationship develops. You will frequently find them criticizing you or imposing their unrealistic expectations on you. Narcissists criticize because of their fear that their own weaknesses will be found out. They criticize you as a means of redirecting their own poor self-image.

5. They have a hard time taking criticism.

One thing about narcissists is that they can dish it out but can’t take it. Narcissists have a super-reactive defense mechanism. You can instantly set off a narcissist with criticism, but on the other hand, if the narcissist even just perceives you as questioning them, they will be set off. The narcissist is quick to respond by lying, being defensive or being highly reactive.

6. It’s not always that they lack empathy…

Some narcissists lack empathy and they are often described with this characteristic. Many narcissists, however, can genuinely empathize with others at the outset. They can be sincerely caring and concerned and this is not a show.

The empathy will suddenly disappear though, when the narcissist worries over how something will impact them. In other words, their own motivations and interests will override feelings of empathy.

Narcissists deeply fear rejection or getting “no” for an answer. Because of this they have a tendency to attempt to manipulate situations in advance to ensure it will later work out in their favor. Likewise, they often present things in a less than truthful way or leave out important information for this same reason. Things usually boil down to their wants and desires and what they will get out of the situation and the narcissist will attempt to orchestrate things to their benefit.

Highly Recommended Book: Why Is It Always About You?

8. They will change the facts.

Similar to manipulation, you may notice that narcissists also tend to convey things differently than the actual truth of the matter. They are likely to fabricate the facts to suit them or so that they appear to be right. You will also find that they may either exaggerate or omit certain points altogether.

Similar to their appearance being impeccable, narcissists have the need to have or own the best of things – the best doctor, hairdresser, neighborhood, cellphone, furniture, car, television – everything. This is a way to build themselves up for their feeling of inadequacy. They also try to own things that are expensive while eyeing or scrutinizing what other people have.