Empaths have the innate ability to perceive and feel other people’s thoughts, desires and moods. However, being an empath is more than just being sensitive to feelings and emotions. Empaths can also understand spiritual urges, physical sensitivities as well as the intentions and motivations of others.

Being an empath is not a trait that is or can be learned, but is a natural born ability, a gift that allows for reading the emotions, and even taking on the pain, of other people.

Because if this, some empaths often experience unexplained chronic fatigue and physical pains that are the result of outside influences, and not a result of anything happening with the empathy directly. Essentially, empaths carry around all of the accumulated emotions, karma and the energy assimilated from others.

Empaths have a tendency to feel what is going on outside of their own body’s more than what is happening within themselves, often ignoring their own needs. Empaths are typically very expressive of emotional connections, but they can sometimes have problems discussing their own personal feelings. However, empaths can also be the polar opposite, sometimes being reclusive and unresponsive, and even appearing arrogant. This is most often due to their need to sometimes block things out, for their own well-being.

Here are some signs that indicate you are highly empathic: 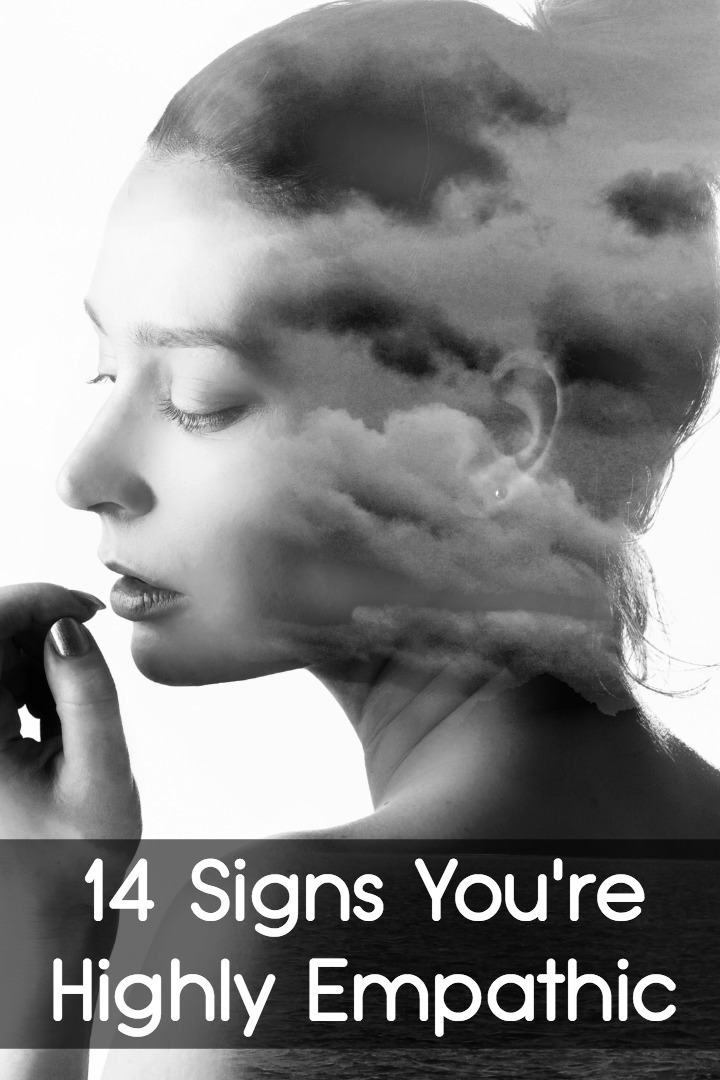 You are able to “know” things, without being told or having anything explained to you. Your knowing goes well beyond intuition and the more attuned you are to others the more powerful the gift becomes.

You often assume the emotions of others from both near and afar. This is not done intentionally. It just is. You will experience physical symptoms, known as sympathetic pains, developing ailments such as colds and body aches, lower-back problems and even digestive disorders.

Because you readily assimilate the feelings of others, being out in public places, such as a supermarket, sporting event or shopping mall, with many other people around can often be overwhelming for you. You frequently feel troubling emotions coming from others, causing you stress.

Reading about violence or tragedy in book or newspaper, or watching it in a movie or on TV, is unbearable for you. The more attuned your empathetic senses become the worse these feeling will become, possible getting to the point where you will have to stop reading and watching television altogether.

You immediately know if someone is being dishonest. This can be an outright lie or just if someone isn’t being completely forthcoming about their thoughts and feelings.

You may have turned to alcohol, drugs, sexual or other addictions. These behaviors are solely a form of self protection, a way to escape the pain you feel from taking on the emotions of others.

7. Love of Nature and Solitude

As an empath, you love being outdoors and at one with nature. You will often find yourself going crazy if you don’t get enough quite time away from other people. Sometimes you even feel more at ease around animals then you do other people.

You become quickly distracted if you don’t have enough stimulation at work, school or home. You find it practically impossible to do things you don’t enjoy, needing for things to be kept interesting, or you tend to just “switch off.”

You are always searching for truth and knowledge, hating leaving questions unanswered. The downside to your truth seeking is you sometimes develop information overload.

As an empath, you are a great listener, always being the one family and friends call on for advice or just a shoulder when they need to talk because they know you genuinely care. You don’t talk much about yourself, unless you truly trust someone.

While you are generally kind and tolerant of others, you dislike being around narcissistic or egotistical people. You find it totally draining to be around those who are always putting themselves before others.

You often feel moody, aloof, shy or just disconnected because you have taken on too many of the negative emotions of others. During these periods you feel like being alone and can even become unsociable or downright miserable.

You absolutely abhor pretending to be happy when you are sad, as it only adds to your emotional load. This may cause problems for you at work or school.

If you found yourself saying yes to most of the above signs then you are most likely an empath, or at least have some empathetic abilities.