Do you hate the sound of chewing? Are you the type of person who is utterly disgusted by slurping, or thoroughly revolted by smacking lips of haphazard chewers?

If you find yourself driven up the wall by people chewing like cows, feel the desire to slap the fork out of the hands of open-mouth eaters, or desperately avoid public eateries for fear of going berserk, you might not be completely crazy.

No doubt your protestations have been met more often than not with snorts of derision and the helpful advice to “get over it.” But as it turns out, science is on your side. You just might have a diagnosable condition called misophonia. 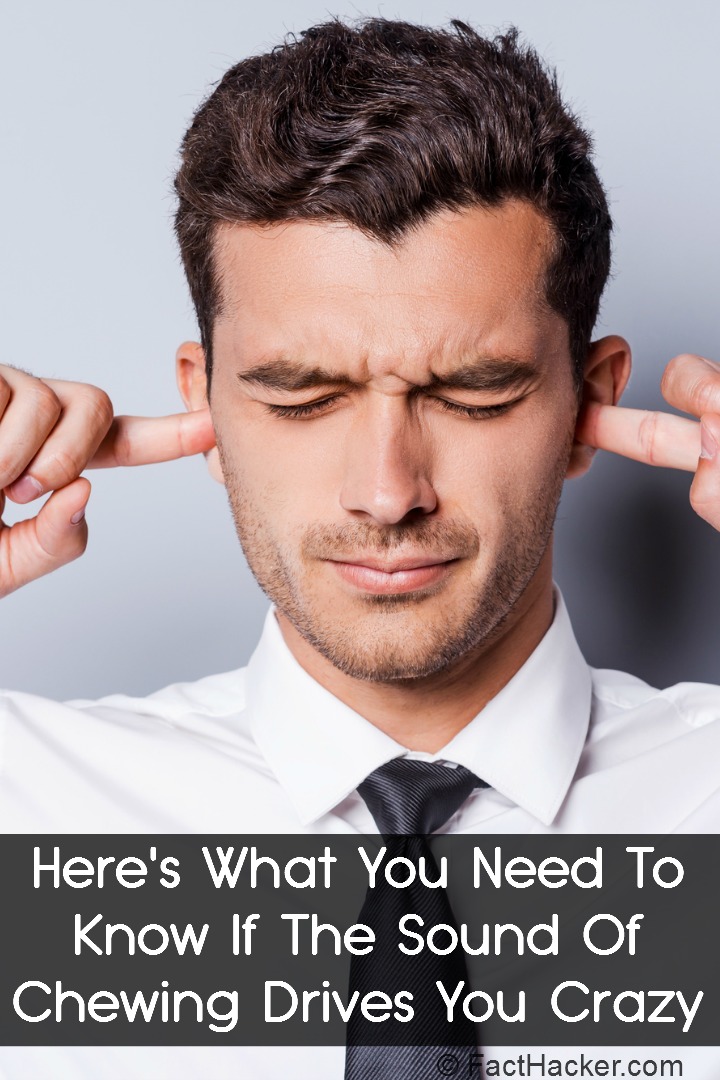 It’s thought that around 20 percent of people suffer from misophonia, and while the symptoms may make life unpleasant for sufferers, it’s not all bad news. As it turns out, you just might be more creative than your cud-chomping counterparts.

Indeed, a 2015 study conducted by researchers at Northwestern University found a high correlation between sensitivity to noise and creativity in approaching scenarios.

100 participants were brought in and instructed to come up with solutions to a variety of improbable scenarios, wherein the number and novelty of responses was used to measure divergent thinking, a measure of creativity.

Participants also filled out a Creative Achievement Questionnaire, a self-reporting inventory used to measure real world-creative achievement. Researchers, then, exposed the individuals to numerous noises, recording “sensory gating,” or the neurophysiological response that occurs after exposure to a stimulus.

The study found that “leaky” sensory gating, or a diminished ability to filter out irrelevant noise, was strongly linked to real-world creativity. They postulated this is because those with “leakier” sensory gating afford their attention to more stimuli, leading to further integration of ideas outside their range of focus than those that can fully block out background noise.

Darya Zabelina, lead author of the study, believes this can be a blessing. “If funneled in the right direction, these sensitivities can make life more rich and meaningful, giving experiences more subtlety.” Of course, those words ring hollow if you find yourself pulling your hair out any time one of these noises is bothering you.

Even creative types identify with this. It was novelist Franz Kafka who said “I need solitude for my writing; not ‘like a hermit’ — that wouldn’t be enough — but like a dead man.” Charles Darwin, Marcel Proust, and Anton Chekhov had similar aversions to noise, requiring complete solitude to accomplish anything. Proust went so far as to wear ear plugs while at work, even padding his bedroom with cork to soundproof it.

Read: Science Shows Why Silence Is Really Important to Your Brain

Since it would be impossible to live as solitary as a dead man and ear plugs aren’t feasible in all situations, misophonia can feel like a life sentence, cursing you to a fate of plugging your ears at the dinner table or constantly reaching out to shut the mouths of offensive chewers. After all, even if you successfully convert one lip-smacker, there will be twenty more to take their place. It simply isn’t feasible to expect the world to adjust to you.

Fortunately, you need not suffer overlong. Pawel Jastreboff, a professor at Emory University School of Medicine who is credited with the coining of the term misophonia, has been treating sufferers with a technique successful 80 percent of the time. His method involves guiding patients through the process of associating positive memories and experiences with intolerable sounds, progressively diminishing the negative reaction to those sounds and the associated physiological response.

So, with the power of positive thinking— and behavioral psychology— you can learn not to shudder with loathing at offensive sounds and run screaming in the opposite direction. This is a boon, since it’s much easier to ensure you won’t fly off the handle than it is to travel the world like a close-mouthed messiah, preaching the word of well-mannered munching, just so you cannot hear the sound of chewing.

Share425
Pin16
Tweet
441 Shares
‹ 10 Most Common Flowers and Their Meanings › Did You Know Constant Complaining is Altering Your Brain?