Finally, your mother can tell you that she had a good reason for her strictly-enforced “no shoes in the house” rule, and it wasn’t just for the unsightly residue left behind.

Scientists have recently confirmed what most Asian countries and mothers everywhere have known for a long time: wearing your shoes around the house is not only dirty, but unhygienic and even dangerous. 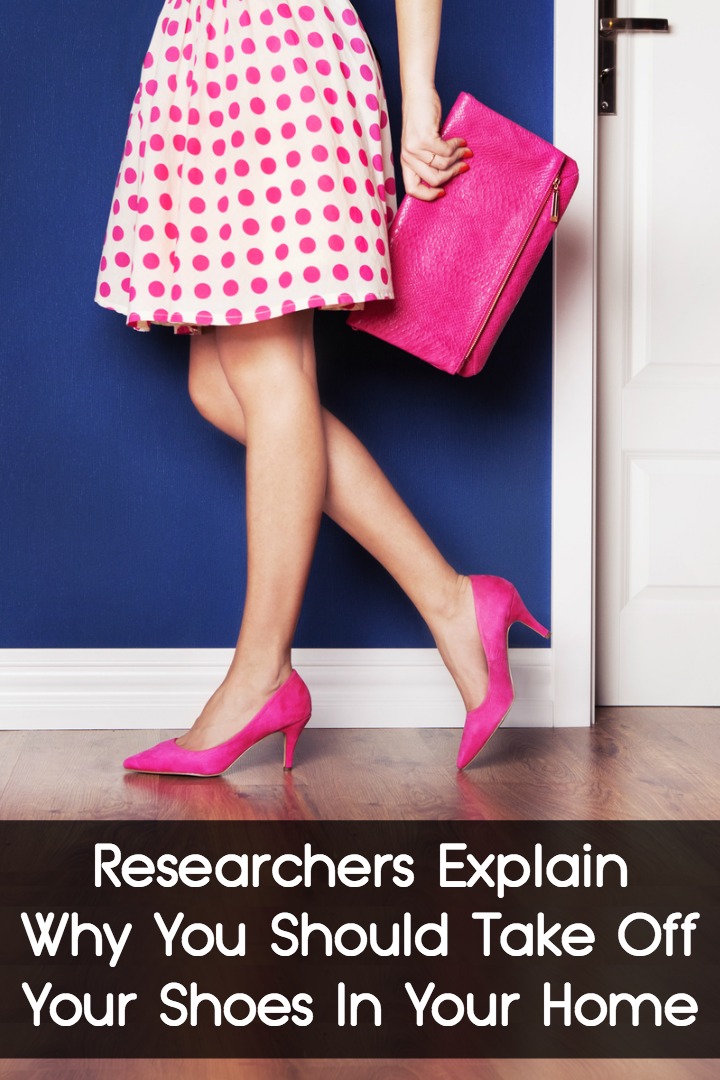 The Bacteria You Just Can’t Kill

Professor M. Jahangir Alam and a team of researchers at the University of Houston conducted a study investigating the contamination prevalence of “clostridium difficile”, or “C.diff”, in household environments. This is a particularly nasty type of bacteria resistant to most household cleaning products. In short, the results were not encouraging.

The researchers found that about 40% of the shoes studied were carrying C.diff bacterium, and that this contamination spread with great frequency to other household areas such as kitchen tops, toilets, and of course, floors.

Most concerning about C.diff is not only it’s resistance to cleaning, but also it’s resistance to most antibiotics. The bacteria proliferate quickly, making recovery from infection very difficult. The intestinal lining in particular is attacked, resulting in colitis.

A follow-up study might consider investigating a possible reduction of C.diff infestation after shoes are consistently removed at the door; for now, why not play it safe and keep that bacteria as far from the home as possible?

The World Beneath Your Shoes

The University of Houston study wasn’t the first research to show the potential danger of wearing shoes inside. In 2008, scientists at the University of Arizona ran a study probing the harrowing depths of people’s shoes.

Inspired by the sorts of filth bred by the dust, bird droppings, dog poop and other unwanted material that cling to the soles of your shoes, these researchers discovered 421,000 unique units of bacteria in total, which can be classified into 9 different strains. These bacteria are the source of diverse variety of infections in the eye, lungs, and stomach.

E.coli is probably the most well-known – even notorious – of bacteria discovered. Making up about a third of all bacteria, most E.coli is actually harmless. The other’s, though, really pack a punch. Bad E.coli often causes severe stomach and intestinal complications that lead to diarrhea and vomiting.

Another type of dangerous bacteria they found was Klebsiella pneumoniae, which is known to cause massive damage to the lungs and lead to pneumonia. The death rate from these bacteria is nearly 50%, reaching nearly 100% for people who are suffering from alcoholism.

You might wonder, what are the chances of actually contracting E.coli or Klebsiella from the bottoms of your shoes? The same researchers from the University of Arizona tested to see if the bacteria on floors would transfer to the tile and carpet floors of the house; more than 90% of the time, it did.

Further, the scientists found their results suggested the bottoms of shoes were “dirtier than a toilet seat,” according to Jonathon Sexton, a research assistant of U of A’s College of Public Health.

There you have it, folks: when you where your shoes inside, you might as well be dragging around your toilet seat. Or worse.

Think About the Children

The University of Arizona researchers took care to stress their concern for infants and toddlers, who are most exposed to the threat posed by shoes. Children under 2 live most of their lives on the floor, and they put their hands in their mouths an average of 80 times an hour.

“That means that your child can possibly be exposed to every single bacteria that you picked up on your shoe […] all the bacteria from the park, the store, everywhere you went that day,” Sexton said.

Taking off your shoes inside is even more important when the most vulnerable among us – the children – are bound to be effected.

The easiest and most effective way to ensure that you don’t track germs into your home is, of course, to leave your shoes at the door or carry them to a closet. Many people have made use of a tray or bin by the door as an encouraging reminder to lose the shoes. To be safe, you should then wash your hands after handling footwear.

For guests who refuse to remove the shoes, another option might those over-the-shoe disposable covers that you see in hospitals and hazardous environments. An effective solution, to be sure, but perhaps not the best way to ensure your guests’ comfort.

The benefits to a shoe-free home are numerous, and the science behind them is convincing. The bacteria your footwear may carry and the dangers that come along with them are real and they are serious. Whether you opt for preventive measures or do damage-control after a contamination, the message is clear: shoes are gross. Do something about them.

Share1K
Pin11
Tweet
1K Shares
‹ Science Shows Why Silence Is Really Important to Your Brain › 12 Signs You’re Smart, Even Though You Don’t Think You Are