The moon is an ancient object that controls the night. Owls, wolves, and other nocturnal creatures thrive when the moon is full and bright.

Human beings have been worshipping the moon for thousands of years. Ancient Egyptians even named gods after the mystical moon that controls the everlasting sky. Moon worship is less prominent these days, but the large floating object still controls many things. In fact, some people believe that different phases of the moon can actually affect the psyche of the human mind. 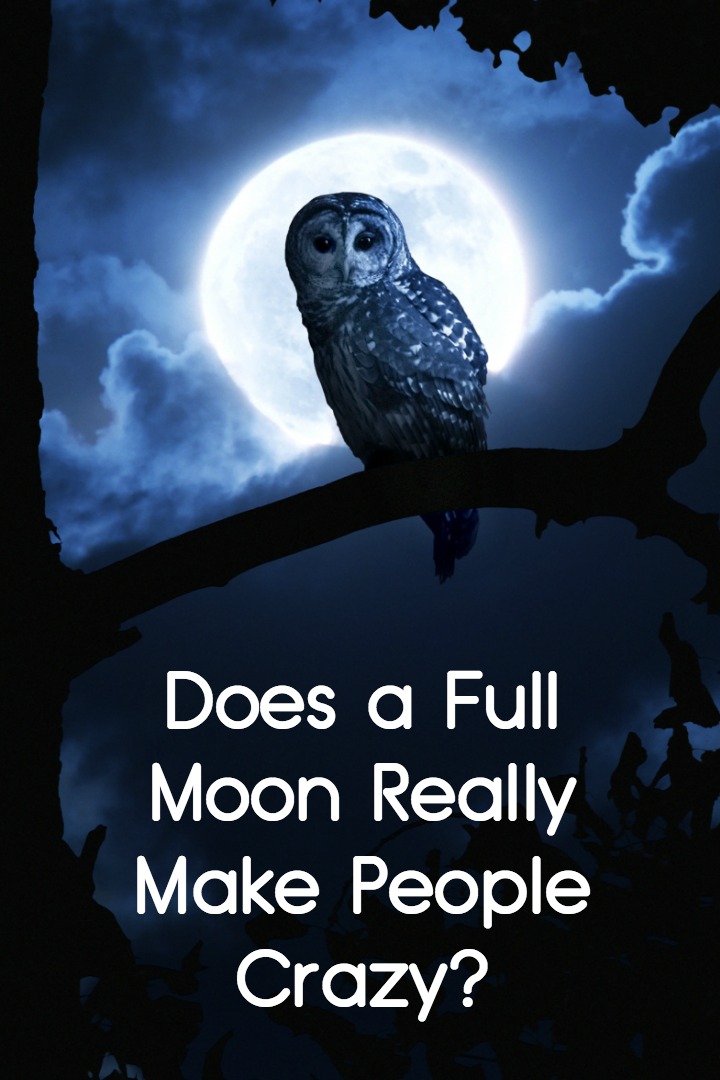 In the 1800s, journalists wrote stories about lunatics who murdered and robbed people during the full moon phase. It’s very well known that Jack “the Ripper” would use the moon’s light to guide him during his hunts for innocent souls. But, could the moon really cause certain individuals to go insane?

It seems that a lot of strange things happen during a full moon phase. The brightness of a full moon causes nocturnal creatures to be even more active. The brighter sky aids predators during their hunts. Simply put, it’s easier to see when the moon is full and bright.

A full moon phase undoubtedly affects humans as well as animals. However, most experts agree that a full moon does not cause people to go insane. Instead, a full moon can affect an individual’s sleep pattern. Someone that already has trouble sleeping will find it harder to sleep when the night’s sky is bright. A significant case of sleep deprivation can cause some people to hallucinate, but the moon doesn’t have a magical effect on the minds of human beings.

So, why do so many people believe that a full moon can cause insanity?

Well, it just comes down to superstition. Our ancestors believed in certain superstitions that we still follow to this day. Seeing a black cat, walking under a ladder, and breaking a mirror can supposedly lead to years of bad luck. While we all know how crazy these superstitions are, many of us avoid doing them.

The theory that people go insane during a full moon is nothing more than a myth. However, there are a few good arguments that support the theory. For one, the fact that our bodies are made up of more than 50% water would lead one to think that the moon’s gravitational pull would have an effect on us. After all, the moon controls the tide in the ocean. But, George Abell, who was a famous astronomer, proved that objects on earth have more of a gravitational effect on us than the moon.

What about the increase of crime during the full moon phase?

This would seem impossible to disprove, but the facts actually indicate otherwise. Believe it or not, criminal activity does not spike up that much during a full moon. What a full moon provides is more light during the night, and that alone could lead to an increased crime rate. The fact that a criminal can see a bit more may encourage him to break the law at night.

Activity increases throughout all walks of life when there is a full moon. However, a mystical force from the moon does not cause people to go crazy. Scientists believe that we choose to notice criminal activity more during a full moon phase. The fact that it seems like more crimes are being committed is just a coincidence.

Belief is a very strong thing, but believing that a full moon can make someone go insane doesn’t make it true. Still, there is something magical and unknown about a full moon. Could it be that we have been brainwashed into thinking that the moon is the cause of madness? Or, is everything we have been told about the moon purely coincidental?

Scientists have stated that wolves don’t even howl at the moon, but many of us accept this common misconception. No matter what the experts say, some people are still going to believe in the myths and legends of our ancient moon.

Share7K
Pin13
Tweet
7K Shares
‹ Find Out What Your Zodiac Sign Says About Your Love Life › Color Psychology: How Different Colors Are Influencing You