22 Facts You Need to Know About Kissing

Have you ever thought about exactly what goes on when you pucker up and smooch? For many people, kissing is a favorite way to express love.

Despite the relative tastelessness of kisses, they are usually referred to as sweet and flavored. Tasting of wine, strawberries and honey are some of the most common descriptions of lover’s kisses, although many poets and songwriters are much more creative in their descriptions.

Regardless of how you describe it, here are 22 fun facts you need to know about kissing! 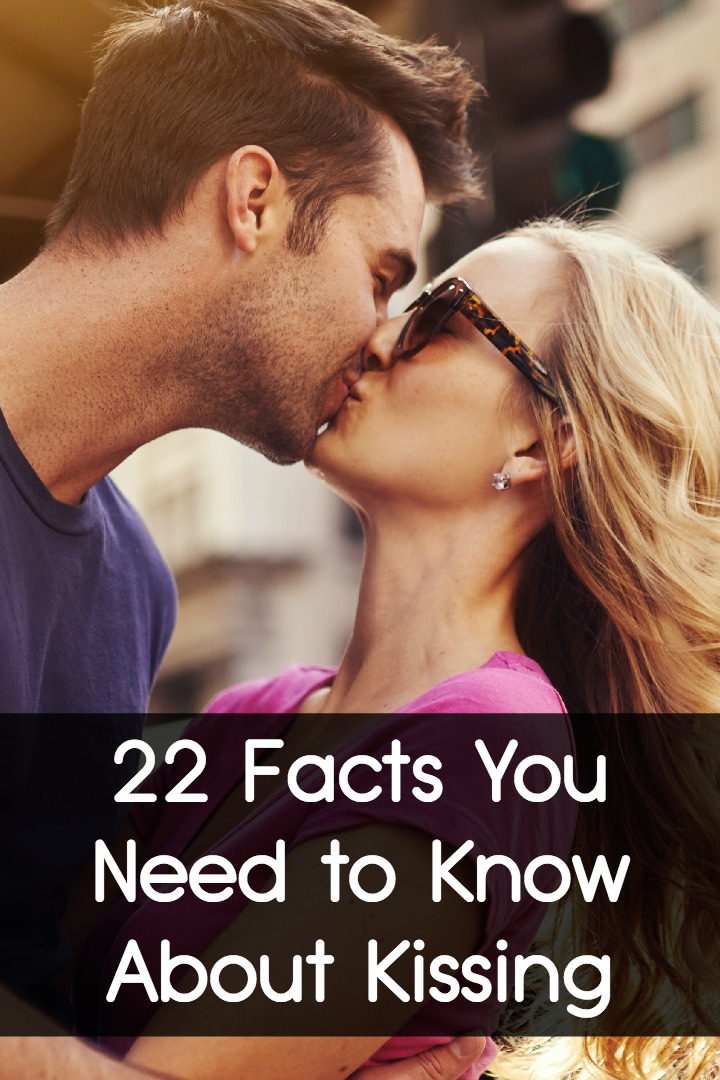 1. The science of kissing is called philematology.

3. According to anthropological research, the exchange of saliva when kissing helps the human brain to sort out whether this person is a good match.

4. In 1439, King Henry, VI banned kissing in England in an attempt to stop the spread of disease.

5. Studies report that couples who kiss more often are also more satisfied with their relationship.

6. Lips are 100 times more sensitive than the tips of the fingers.

7. The name of the muscle used to “pucker” your lips is called the “orbicularis oris.”

8. This is not the only muscles used, however. During a kiss, 146 muscles, including 34 facial muscles and 112 postural muscles, are used.

9. One study shows that men live up to five years longer if they kiss their wife before going to work.

10. French kissing involves all 34 muscles in the face.

11. Endorphins are released during kissing causing a feeling of euphoria.

12. Anticipating a kiss increases the saliva flowing in the mouth. This gives the teeth a plaque-dispersing bath.

13. In 1930 the Hays Code banned Hollywood actors from kissing in a horizontal position and limited the duration of a kiss to no longer than 3 seconds.

14. Our mouths contain a lot of bacteria, but the increased saliva helps to kill it off so the exchange is not harmful.

15. Oxytocin is also released from a kiss creating feelings of love and connection.

16. Likewise, dopamine is released when you kiss someone for the first time. This makes you want more.

17. The world record for the longest kiss is more than 2 days.

18. Kissing causes the pupils to dilate.

20. Approximately 2 out of 3 people tilt their head to the right when kissing.

21. Over time, kissing lowers cortisol which helps reduce stress and creates a feeling of security and safety.

22. A kiss causes the heart to beat faster and for more oxygen to reach the brain.