The reasons people fall in love have always been discussed from the first time someone set eyes on another human being and felt their heart drop a bit. In the time since, a lot of effort has gone into producing everything from sonnets to research papers on the topic of love and its causes.

In modern times, we’ve seen a heavy dose of studies regarding the chemical, biological, and psychological basis for why two people might decide to try for forever together. 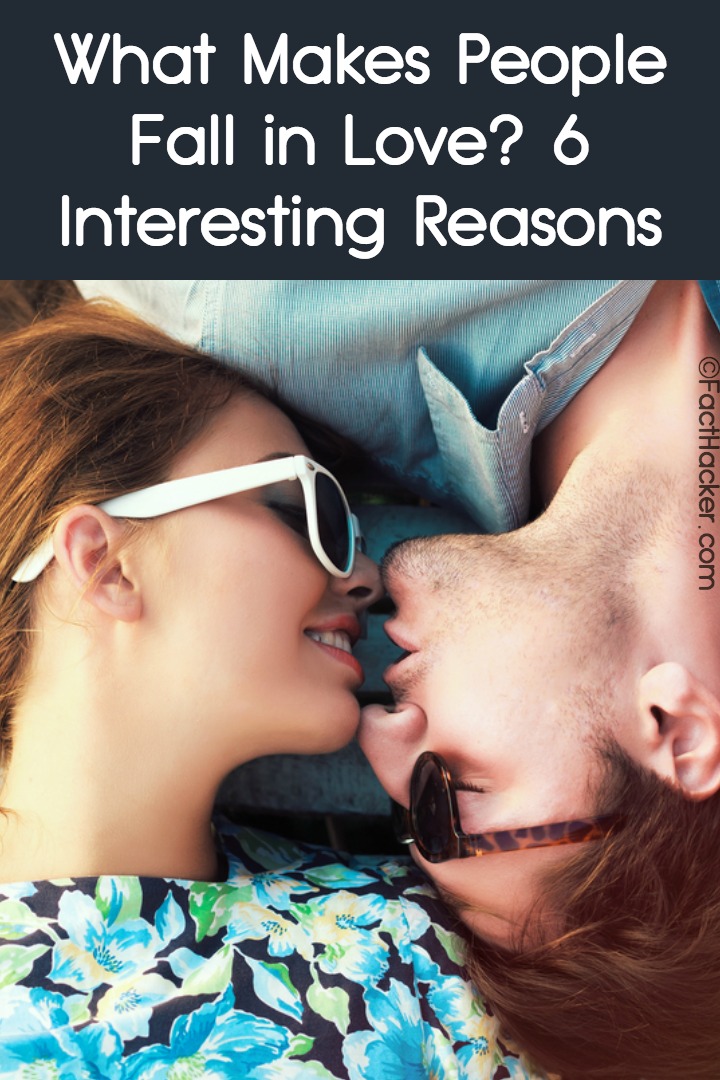 What does research tell us about falling in love? Love can be far more driven by current conditions in a society than we’d like to think. Love has a strong basis in trust and tribal affiliations that has to be counterbalanced by not getting too close to our own genetic relatives.

Especially on the long scale, opposites likely don’t attract as often as we think. Let’s take a look at six of the more interesting reasons why people fall in love.

It’s easy to want to imagine a steamy relationship between a hardened conservative and a bleeding-heart liberal (or maybe not), but the world of science tells us otherwise. It’s not that hot Republican-on-Democrat action doesn’t happen – humans are lusty animals, especially after strong arguments. The problem is that human love is anchored heavily by a sense of similarity and trust. The more dissimilar someone is from us, the harder it is to just fall for them.

The net effect in terms of how politics leads to love is that like finds like. Some of this is just a case of people falling for whoever they hang out with. After all, if the only place you meet people are anti-Wall Street rallies, there’s a pretty good chance you’re not going to marry stock broker. Beyond that, it’s hard to sustain trust and compassion in a relationship if you’re both constantly fighting over whether the president is a fascist or a source of much needed change. That conversation just doesn’t sow the chemical seeds of love, which are heavily driven by similarity, trust and relaxation.

Fertility and genetic fitness matter. When it comes to women, she may wear nerdy glasses and not have her hair done perfectly. That doesn’t matter much. If she’s attracting prospective mates, there’s a good chance she has an optimal hip-to-waist ratio that signals fertility.

The shallowness of love applies to both genders. Women looking for male partners are known to look for symmetrical faces. What’s so great about a balanced face? The human face is coded with a number of genes, and a symmetrical face allows women to see that a man’s underlying genetic markers haven’t been messed up too badly across numerous generations of breeding.

Not all about the game of love is a cruel exposition in math and politics. Altruistic behavior can be seen as very attractive. Those willing to sacrifice in order to keep their partners from suffering are known to have healthier long-term marriages. This makes a great deal of sense, given that a successful marriage requires sacrifices for all involved.

Altruistic people are also more likely to give less-than-perfect partners a chance. By casting a wider net, they improve their chances of making a catch. Likewise, by looking past minor failings, they often inspire the long-term loyalty of their mates.

Opposites don’t necessarily attract, but visible differences between two partners’ faces can encourage love. This is an old evolutionary mechanism that discourages inbreeding. Given modern human beings emerged in small clan groups many millennia ago, there were immense dangers in inbreeding. This can permanently code defects into the population in a way that may lead to total collapse.

If you’re a Montague, there’s a reason you might find that Capulet girl rather fetching – too many Montagues loving Montagues doesn’t make for a very pretty photo at the family reunion.

Love across cultures and even in different times in history within the same society can be surprisingly different. Why is that? One reason scientists point to is economic scarcity. Whatever traits are hardest to find are often the most desirable.

For example, it’s easy to look at a Rubens painting and be a little surprised by just how a heavy Dutch woman could be around 1600 and still be considered attractive by a broad social standard. Likewise, any woman who has ever looked at the cover of Cosmopolitan can see how the pendulum has swung the other way in the intervening 400-plus years.

Were men in 1600 somehow vastly different humans? No, but the economic conditions were quite different. Child mortality rates were at levels we’d consider shockingly high today, and malnutrition was common. Suddenly, it’s easy to see why the women in those old paintings might be objectified, given they had proven access to nutrition. Conversely, today we see obesity as one of the great global problems related to food, and for that reason the default desirable female image has changed dramatically toward the thin side.

The one consistent factor in attraction that leads to love across all cultures is youth. Men look for mates with big eyes and fuller lips. Women look for mates with broad shoulders and narrow waists. These traits are all the hallmarks of youth, and people of all ages tend to fall in love with those who possess them.